Meerabai is a familiar name for many of us readers. We all know her as the queen of Chittorgarh in medieval India, and if I call her the best devotional poetess and Krishna devotee ever in India, it will never be an exaggeration. Devotional songs composed by him are sung all over India. But do you know that she was the princess of Merta, a small kingdom situated between Jaipur and Jodhpur?

A few days ago I was visiting Pushkar. One day I decided to visit Merta too and reached Merta by a short passage. Although I had collected some information about Merta and the scenic places in the internet, but as is often the case in many sightseers in India, Merta also showed me many more amazing wonders.

From Pushkar we proceeded through the Aravalli mountain ranges. The rocks available in the Aravalli mountain ranges have been mercilessly cut in many places for mining. These have temples on the summit of some mountains where one has to climb the stairs of high slopes to reach it. This trip was very pleasant during this bright morning due to not having much congestion on the road.

Merta Medatia was the kingdom of the Rathod Rajputs. In the 16th century, Meerabai Rao’s grandfather, Merta Rao Duda, was the famous king of this kingdom. His fort and palace still exist in Merta. Due to many wars between Rajput and Sher Shah Suri, many kings ruled this kingdom. When Meerabai was married in the Sisodia family of Chittorgarh in Mewar, her brother Jaimal was in charge of Merta. After the marriage of Meerabai, in a war, Jaimal was awarded Veergati and his kingdom was merged with the kingdom of Jodhpur.

The royal family of Merta remains extremely proud of the fact that they, unlike some other royal families, did not marry any of their daughters in the family of the Mughals. Another such family belongs to Mewar in which Meerabai was married.

Attractions in Merta related to Mirabai

Unlike other small towns like Merta, Merta has some of the best maintained tourist spots. Among them, a major temple and a fort, which has now been converted into a museum, are particularly worth visiting. If you are inspired by Meerabai’s biography, then this occasion is icing on the cake.

Built by Meerabai’s grandfather, Rao Duda, this temple is located in the heart of Merta. This temple is dedicated to the Charbhuja avatar of Vishnu. Charbhuja means four-handed. Just opposite the main temple in the temple complex, there is a small temple dedicated to Meerabai.

When I reached the temple, many women dressed in colorful costumes were singing bhajans. I proceeded towards the sanctum sanctorum while going near them. I had a detailed discussion with the priest there. He told me many legends that were engraved on the reefs around us.

It is said that at some time this idol of Vishnu was seen in Rao Duda in a dream. He came to know that a cobbler’s cow used to go to a particular place every day and dedicate all its milk there. Rao Dadu followed the cow. He asked his servants to dig the place where every day the cow left milk. There he found a beautiful idol of Vishnu. Dadu built a grand temple at that place and installed the same statue of Vishnu within it. Every day Rao Dadu used to worship that statue and offer milk to it. They used to bring milk of ascendant from cows of cobbler community. Even today the milk offered to the idol of Vishnu in this temple is brought from the cobbler community.

In her childhood, little Meera always saw her grandfather offering milk on the Charbhuja idol. He used to think that Lord Vishnu drinks milk. Once his grandfather had to go somewhere for some time. Then in his absence he entrusted the responsibility of feeding Vishnu to the little Meera. After offering milk, Meera started looking at Vishnu standing there. She wanted to see Vishnu drinking milk. But this did not happen. So she came out of the room and peeked inside the window and saw Vishnu. But Vishnu did not budge. Then little Meera started crying and urging Vishnu to drink milk, otherwise her grandfather would get angry. It is said that the milk kept in the vessel disappeared. You can see this place in the temple even today.

Many stories related to Meerabai are depicted on the reefs of the temple.

The Charbhuja statue is about 4 feet high. In his lower hand, he holds the chakra. This means, it is the quiet incarnation of Vishnu. When Vishnu is angry and is tempted to run the chakra on someone, he holds the chakra in the upper hand. While narrating stories to me, the priest was giving offerings to the visiting devotees. Devotees present there were greeting each other by saying ‘Jai Charbhuja’. I am going to include this greeting in my version ‘More than 20 types of greetings in India’.

Pujariji showed me a small statue of Krishna in the Ashtadhatu. He told that Meera used to worship this statue. Once, to avoid the stubbornness of little Meera, her mother had told her that Krishna is her groom. Since then, he had considered himself the bride of Krishna. This was the beginning of becoming a saint poet Meerabai from the little Meera.

The Charbhuja Temple is filled with many frescoes and glass paintings. As I was walking around there, looking at the temple, a weak woman wearing saffron colored saree came to me and asked me if I came here alone? When I said yes, he bombarded me with questions like where is my husband, why did he not come with me etc. We were standing in front of Meerabai Temple. I asked him whether 400 years ago Meerabai did not travel alone across the country singing bhajans? We are his children only. He said, right and both of us started laughing whole heartedly. Sometimes we forget about the original rites, unknowingly, and get caught up in the confusing traditions going on from generation to generation.

I stood in front of Mirabai for a few moments. There was only one thought in mind, these are my ancestors in many ways. He traveled alone across the country at an age when it was inconceivable. I started wondering what is it like in the soil of this earth that he gave so much courage and devotion to Meerabai. I started looking around me. Meerabai was visible in every woman walking in the temple. They all relate to them genetically.

To know more about Meerabai, read her poems or read her story in Amar Chitra Katha.

I wandered into the temple for some time, staring at her and started assimilating the facts related to Meerabai. Imagine that Mirabai grew up here playing and worshiping Krishna.

The temple complex is filled with many other small temples. They include a Shivalinga and a temple dedicated to Hinglaj Mata.

It was the fortification of Meerabai’s family which has now been converted into a museum. This museum is dedicated to Meerabai. It is a very pleasing museum where his biography and stories have been documented. He has a life-size statue installed in the middle. Stories of his life are inscribed on large pages of manuscripts.

Meera has been presented in various literatures and art galleries in one room. Another room depicts cities like Dwarka and Vrindavan where Mirabai visited. There is definitely a legend of Meera related to each place. Their behavior with the residents of these cities is also depicted here.

I came to know that a few years ago a daktikut was also released on Meerabai.

A gallery of the museum has depicted poems of Meerabai on which some couplets are also written. Biography of Mirabai is engraved on several clay plates.

There is also a library where there are books related to Meerabai. I was able to see only one part of this library because the second part of it is not open to the general public. Meera Research Institute is also in this courtyard. I did not even imagine that any such institution existed.

Naganechi Mata Temple – She is the Kuldevi of the Rathore family. His temple is located within the Meera Memorial ie Meera Durg. Naganechi Mata is an incarnation of Chakreshwari Mata, who was brought here from Kannauj by Saraswat Brahmin.

A statue of Veer Kalia is also located inside the temple. At one time, he was the warrior commander who fought with Akbar’s army, but now he is worshiped as a god.

Meera Smarak is an enchanting monument and research center dedicated to Mirabai, the daughter of this earth.

Other sights of Merta

Just outside the fort entrance is a beautiful bell tower built in white marble.

Women were selling colorful lac bangles in the nearby shops. They had predominance of yellow and red colors. The colors yellow and red are considered extremely sacred in Rajasthan.

On one side of the pool, I saw the ruins of a palace. Like a dumb spectator, this stunned stands watching the entire city move forward.

You can visit Merta by staying in Ajmer, Pushkar or Jodhpur as a day trip.

1-2 hours is enough time to see all the major sightseeing of Merta. 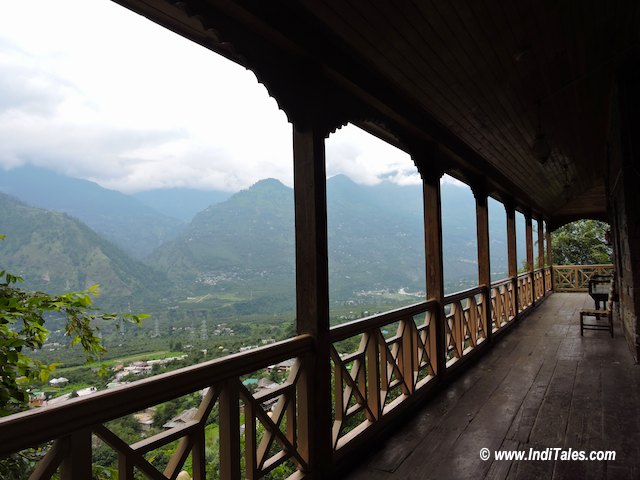 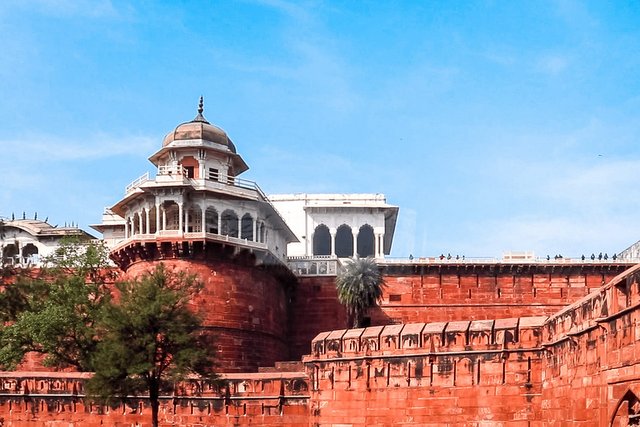